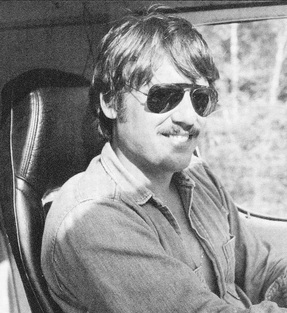 1973-1976    Canis Major and Atlantis, laser and solar installations, Omni International Complex, Atlanta, GA.  Developed natural light plan, which was designed into the architecture.  Atlantis, used sunlight and an arrangement of prisms to throw rainbow-like color on the facade.  On only two days a year, the spring and autumn equinoxes, the precise configuration of hundreds of prisms and sunlight created a portrait of his daughter’s eye, visible on the facade of the building.

1980      Rainbow Green - My Dream of Rousseau , U.S. Botanic Gardens, Washington, DC.  Commissioned by Washington Projects for the Arts and The National Endowment for the Arts. Prism solar installation.

1983      The Green Hypotenuse, 7-mile-long laser beam from Mt. Wilson to Caltech, Pasadena, CA.  In conjunction  with the exhibition, Rockne Krebs, A Retrospective of Drawings, 1965-1982, and the installation sculpture piece, Crystal Oasis of the Winter Solstice, Baxter Art Gallery of the California Institute of Technology, Pasadena, CA.  Curated by Jay Belloli.

1987      The Miami Line, urban-scale neon sculpture, one-quarter mile long neon on both sides of the bridge over the Miami River in downtown Miami, FL.

1989      Mapplethorpe Projections on the facade of The Corcoran Gallery of Art, Washington, DC, cover of Artforum magazine.  Part of the demonstration protesting the museum's cancellation of the Mapplethorpe retrospective, and against censorship in the arts in general.

1992      The Majic Wand, urban-scale laser installation, Long Beach, CA. Commissioned by the Arts Council for Long Beach, duration December 1992 through the fall of 1997.